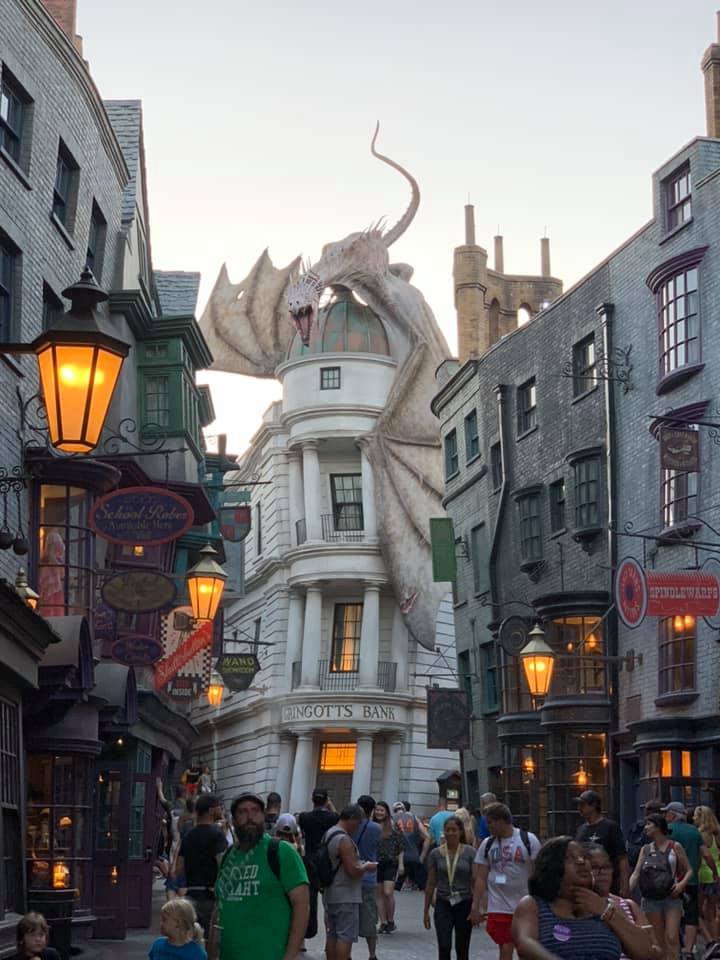 Something I’ve always wanted to do and have never done has been Disney. I’ve never understood spending the money on a vacation where there are tons of people, hot temps and expensive price tags. However, this year I noticed just how much Jack and Emryk love Harry Potter…se we decided to surprise the boys with a trip to Universal Studios for their birthday!

We told them originally that they would be missing school for a Harry Potter movie marathon. Rather, we packed their bags and picked them up from school, giving them their acceptance letter to Hogwarts! They were so excited!

So off we jetted to catch our flight to Orlando!

The first day, we headed right over to Ollivander’s so they could pick out their wands! Emryk bought Harry Potter’s wand (of course) and Jaxon picked Dumbledore’s. We then spent the morning playing the interactive wand game and exploring Diagon Alley. We drank our fill of frozen butterbeer and pumpkin juice until our bellies hurt! The boys also loved the chocolate frogs and exploding bon bons!

A few other favorite items included:

-The minion ride. Emryk asked to ride this every day.

-The Gringots ride. Probably my favorite Harry Potter ride of all!

-The Hulk and Rip Ride Rocket. We are huge coaster people at heart! It as Jack’s first time riding a coaster and it was hilarious!

We had a great time spending some one on one time with our boys! We’ve realized just how important is it to do this, and it’s always amazing to see how the interact when there’s only one other rather than all 5 together. We can’t wait to go back!